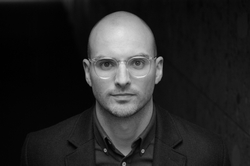 Julian Müller Julian Müller is an Assistant Professor at LMU Munich’s Institute of Sociology. He studied sociology, philosophy and psychology in Tübingen and Munich. In 2014, he received his PhD at LMU with a dissertation on "Bestimmbare Unbestimmtheiten. Skizze einer indeterministischen Soziologie".

His second book (Habilitation) will examine forms of biographical narrative in contemporary society and under current media conditions. The project focuses on a specific type of biographical narrative. Whether it is the nonfiction book market, YouTube videos, social media profiles or podcasts, conversion narrative is frequent and therefore unmissable. The conversions as dealt with here are not of the religious kind, but secular and ordinary – becoming vegan or changing political camps might be considered viable case studies. The aim of this project is to examine what these forms of conversion narrative and attempts of self-binding refer to. The results will be presented on a basis of various, comparative case studies.

During his time as a Junior Researcher in Residence at CAS, Julian Müller will especially focus on the recurring positive evaluation of restrictions and the renouncement of personal liberties that are present throughout the empirical data. His project concerns itself not with a mere change of lifestyle, but with forms of biographical self-determination, with self-chosen attempts of individuals to bind and restrict themselves, sometimes even accompanied by biographical radicalization. He will use his stay at CAS to manifest his findings by researching the coherences within the fields of social psychology and media theory. Thus, he has invited José van Dijck from Utrecht University, who will give a lecture on "European Public Values In an Online World". Jürgen Straub from Ruhr-Universität Bochum will also be a Visiting Fellow at CAS where he will comment on Julian Müller’s talk about the success of conversion narrative.