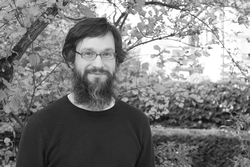 His current research focuses on the limitations of visual information processing in humans, particularly on the topics of "attention" and "working memory" . At each moment we are bombarded with visual impressions, of which we can process only a tiny part to any reasonable degree. Among those few objects that we manage to process, often the wrong ones draw our attention – a phenomenon called "distraction" and which can have dramatic consequences in real life (e.g., if a driver overlooks a stop sign). A central bottleneck of information processing is "working memory", which maintains and manipulates a small amount of visual information at a time. Why certain aspects and not others are processed (consciously) is examined under the label "attention". These simple terms (attention, working memory, distraction) refer to complex systems of various cognitive mechanisms, whose interactions are hardly graspable by verbal theories and most of which cannot be directly observed. To tackle this complexity, Heinrich develops computational models which translate the theoretical mechanisms into specific mathematical equations and relate them to observable data via optimization algorithms. These data come from computer-based experiments, featuring theory-guided experimental variations of aspects of the visual scene and details of the task. In addition to task performance, Heinrich also includes neurocognitive data such as eye movements (measured via eye tracking) and brain activity (measured via electroencephalography) into his modeling.