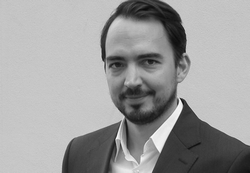 Christian Kirchmeier is an Assistant Professor at the Institute of German Philology at LMU Munich. He studied German, history and philosophy in Munich and Bologna and in 2012, he received his Ph.D. at LMU with a thesis on morality and literature. His habilitation project focuses on the parabasis in modern drama, i.e., the theatrical device in which a character interrupts stage communication and addresses the audience directly. The focus on parabasis shall open new perspectives on some of the fundamental questions in literary studies: on the theory of theatrical communication, on theatricality of the text and on the political of aesthetics.

As a Junior Researcher in Residence at CAS, Christian Kirchmeier will work on the political of the Romantic drama, because German Romanticism was the first literary epoch that recognized art as an autonomous system and yet expected it to take effects beyond aesthetic boundaries. By interrupting the illusion on stage and transgressing the fictional frame, the parabasis was thought to meet this contradictory claim and fulfill a political function from within the aesthetic. The sphere of the political in Romantic drama will therefore be the subject of a workshop that takes place at CAS in March 2017.