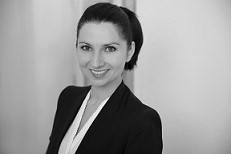 Viorela Dan is Postdoctoral Researcher at the Department of Media and Communication of the LMU Munich. She received her PhD from the Free University of Berlin in 2016. Her thesis was published by Routledge under the title “Integrative Framing Analysis: Framing Health through Words and Visuals.“ Viorela Dan was a Visiting Scholar in Norway and the US. Her research focuses on the domains politics and health. Here, she is particularly interested in the effects of misinformation and disinformation as well as on opportunities to debunk false beliefs. Dr. Dan has received numerous research awards, including the Emerging Scholar Award (2020), the ComSHER Article of the Year Award (2018) and the Promising Professor Award (2013). Her research was published in leading journals, including Journalism & Mass Communication Quarterly, Science Communication and International Journal of Press/Politics.

During her stay as a Junior Researcher in Residence at the Center for Advanced Studies Viorela Dan will work on "Disruptive Persuasion: On the Effects of Deepfakes in the Political Realm". Given widespread concerns over the disruptive use of artificial intelligence (AI) in upcoming election campaigns, this project spotlights deepfakes’ potential to alter attitudes toward politicians (i.e., reputational threat) and voting intention. According to expert predictions, politicians are likely to become a target of deepfakes, defined as AI-enabled real-looking yet fraudulent videos. A synthetized version of a politician can be shown saying or doing things they never have, and that are contrary to what most people would consider appropriate—thus staging a full-fledged scandal. Currently, scholars and pundits alike assume that deepfakes would yield sweeping effects. In particular, it is feared that they would ruin the reputation of that politician, making it unlikely that he/she would be elected. Yet, no study has demonstrated whether this is actually the case. This project seeks to address this gap by conducting an experiment.