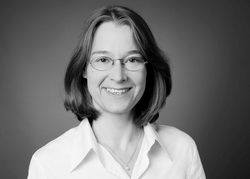 Birgit Christiansen specializes in Ancient Near Eastern languages and civilizations with a focus on the Late Bronze and Early Iron Age cultures of Asia Minor and North Syria. After her M.A. and Ph.D. studies at the University of Tübingen, the Humboldt Universität Berlin and the Freie Universität Berlin, she became a research assistant with Vienna University’s interdisciplinary Corpus der Lykischen Sprachdenkmäler project and a postdoctoral fellow in the Graduate programme Forms of Prestige in Ancient Cultures at LMU Munich. Currently, she is an Assistant Professor at the Department for Ancient History of the LMU Munich and gives classes on Ancient Near Eastern languages and texts at the Institute for Assyriology and Hittitology at LMU Munich. Her research encompasses a variety of topics, ranging from Hittite and Mesopotamian ritual texts aimed at curing deseases and preventing calamities, communication strategies to sustain social order and political power to phenomena of cultural contact and exchange relations between different societies of the Ancient Near East.

As a Junior Researcher in Residence at the Center for Advanced Studies, she will be working on her habilitation project on legal norms and practices in the Late Bronze and Early Iron Age cultures of Asia Minor and North Syria. The study centers on the prosecution and punishments of crimes, the persons and institutions involved in the legal proceedings and the various types of sanctions in their historical genesis and their social context. This issue will also be the subject of an international and interdisciplinary workshop she will organize during her stay at CAS. The presentations and discussions will comprize textual sources from Ancient Near Eastern cultures of the 3rd to the 1st millenium BC, the Hebrew Bible, Ancient Greece and Rome.