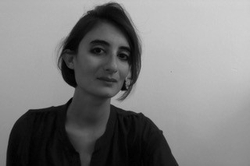 Christine Bratu is an Assistant Professor at the Institute of Philosophy at LMU Munich where she studied political sciences, philosophy and history and where she also did her PhD with a thesis on the limits of political legitimacy.

In her current book project, Christine engages with the phenomena of social recognition. In the conceptual part of the project, Christine spells out how we should best understand the notions of respect, disrespect and self-respect. In the normative part, she asks (inter alia) who deserves respect and why, why disrespecting somebody constitutes a moral wrong and what's good about being self-respecting. Answering these questions allows her to approach important debates in current political philosophy ‒ such as the ones about hate speech or gender justice ‒ from a new, recognition-theoretical perspective.

During her time as a Junior Researcher in Residence at CAS, Christine will focus on the concept of disrespect. Taking her cues from Kant, Christine develops a communicative notion of disrespect according to which actions are disrespectful insofar they explicitly or implicitly state that the target has diminished moral standing and, thus, does not have to be taken seriously. This understanding elucidates that disrespect is morally problematic in at least two ways: On the one hand, disrespectful actions wrong their targets as they violate their legitimate claim not to be slandered. On the other hand, disrespectful actions are risky as they pollute the moral climate of a society. Together with Stephen Darwall from Yale University, whom she has invited as a CAS Visiting Fellow, she will discuss current debates in moral philosophy.